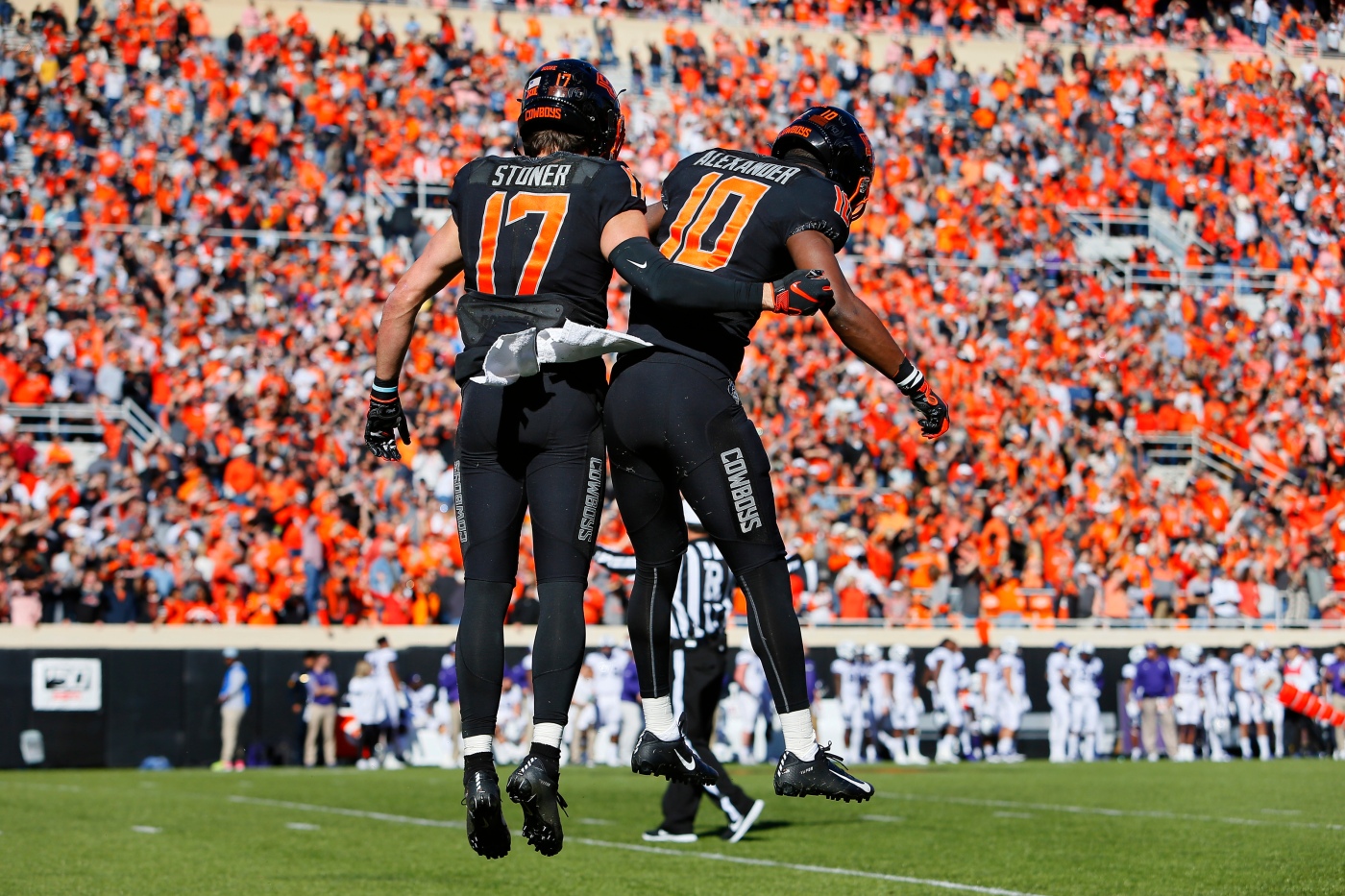 The 6’1” wideout will look to crack Vanderbilt’s rotation, as he started playing on special teams after some athletic flashes as a redshirt freshman wide receiver, including a 56 yard catch vs Kansas in  2017. He was a 2017 First Team Academic All-Big 12 and a two-time Second Team Academic All-Big 12 in 2018 and 2019.
Alexander is a former 247 3* recruit and Vanderbilt hopes his WR talent clicks on West End. Alexander chose Oklahoma State over offers from Tennessee, Oregon, Iowa State, and Arizona State among others.

Due to a loaded receiver room, Alexander made the switch from WR to LB following the 2017 season. He hauled in a 56-yard catch from backup Taylor Cornelius in garbage time in addition to a 3rd down conversion against Baylor.

Tyrell Alexander will join a loaded WR room including Cam Johnson, Chris Pierce, Amir Abdur-Rahman, Devin Boddie Jr., and Jayden Harrison. Whoever starts at QB for the Commodores will have a plethora of options at their disposal.