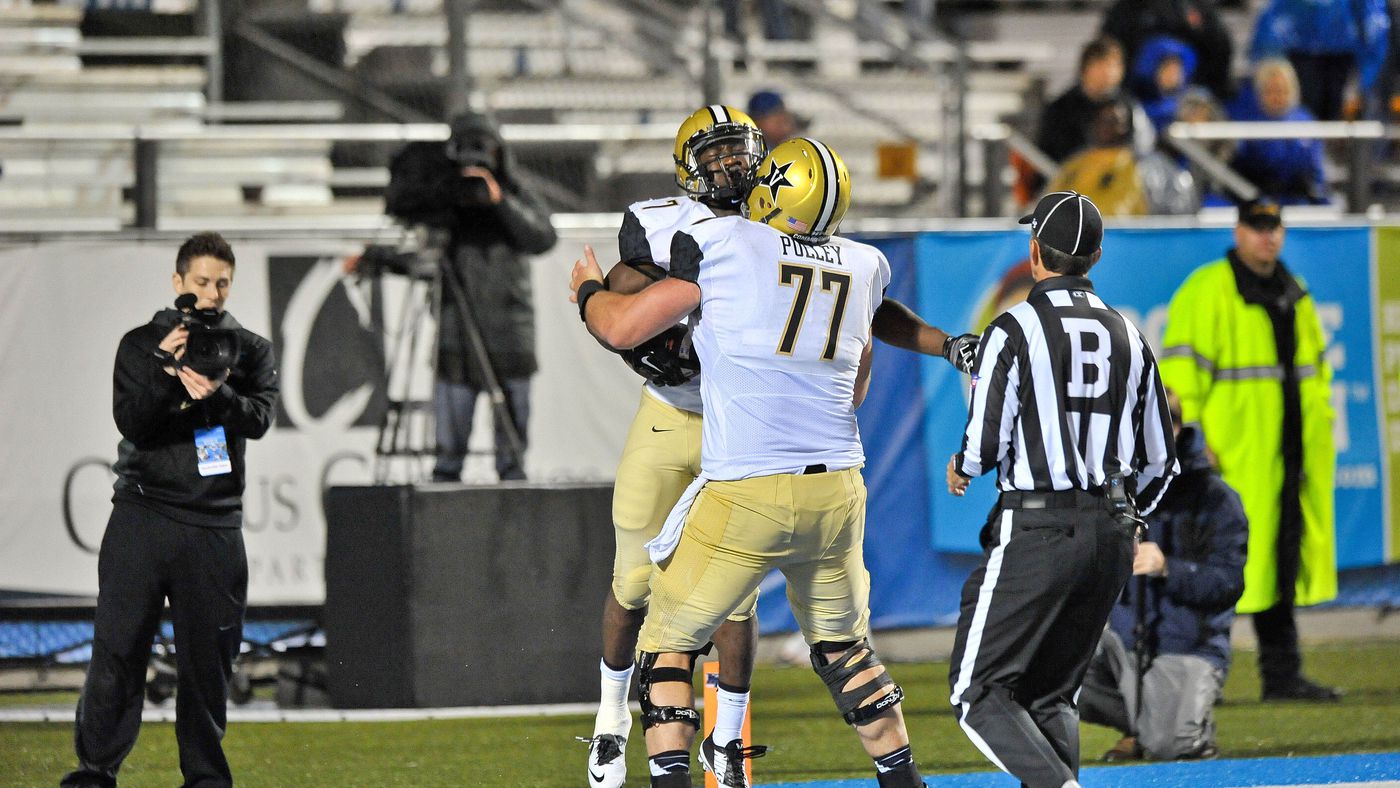 The all-decade team will be released by position every other day.

As a note, some players will be placed at secondary positions, even if they played a majority of their career at a different offensive line position.

Links to Articles for Previous Positions:

Here is the All-Decade Team so far

In 2012 Pulley started 4 games at center and in 2013 he became an every game starter. Pulley started all 13 games at right guard and also played center late in the season. He recorded 46 knockdown blocks and 67 blocks that led to touchdowns or first downs.

In 2014 Pulley became a leader on the offensive line. He started 12 straight games at right guard, extending his starts streak to 25 games. He earned All-SEC consideration and registered 28 pancake bloaks and 10 domination blocks.

In his Senior campaign Pulley was named to the Rimington Trophy preseason watch list, awarded to the best center in college football, and earned All-SEC postseason consideration. He battled through injuries to start all 12 games at center and was selected as the team’s permanent offensive captain. He finished his career with 37 consecutive starts and accumulated 35 pancake blocks during the season. His best game came against Missouri in which he earned a 99% blocking grade, 4 pancake blocks, and was named SEC offensive lineman of the week.

Pulley went on to sign an undrafted free agent deal with the San Diego (RIP) Chargers after the 2016 NFL draft. He played in 16 games during his rookie campaign and started 16 games at center the following season in 2017.

He then was claimed off waiver by the New York Giants in 2018 and started at guard from week 5. In week 7 he was moved to center and started the next 9 games. On March 11, 2019 Pulley signed a 3-year $9.6 million contract extension with the team and is the front-runner for the Giants starting center position for the 2020 season.