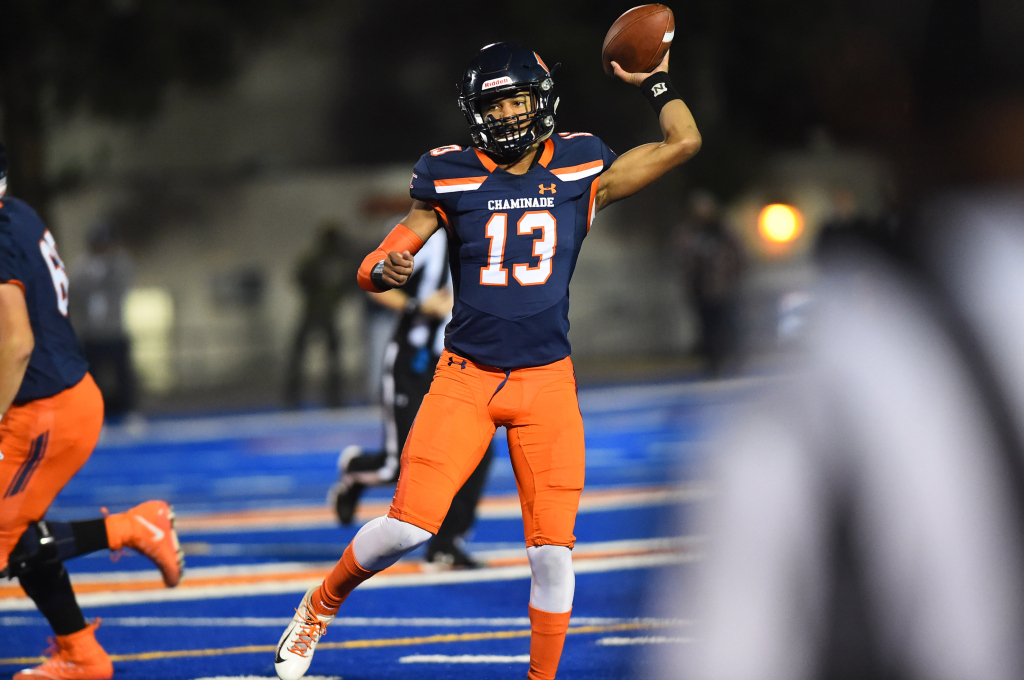 Derek Mason and the rest of the coaching staff may very well have their signal-caller coming to West End for the 2021 recruiting class.

Henderson seems to have a very nice relationship with Vanderbilt OC Todd Fitch and especially with Derek Mason, who we all know was a former coach on the West Coast and loves to recruit there as well. It’s worth noting, the Commodores are the only school considered “Warmer” for landing Henderson. Even better, Vanderbilt has the only Crystal Ball (Robbie Weinstein/Vandy247) for the talented gunslinger. After missing out on 3-Star Quarterbacks Chayden Perry and Riley Leonard in the 2021 class, Jaylen Henderson would be a very vital get for the Commodore offense in terms of QB depth on the roster.

Interestingly enough, Henderson would be the 5th new Vanderbilt Quarterback to arrive to Campus after the miserable 2019 Campaign. On a serious note, it’s obvious the Vanderbilt staff has done a great job in recruiting Henderson as they have made their biggest push as of yet over the past couple of weeks. The Commodores now seem to be the front runner to land the West Coach signal-caller. Jaylen Henderson is reported by multiple sources to make his final decision around his birthday on July 17th. Commodore fans keep an eye out for this kid in the coming weeks.