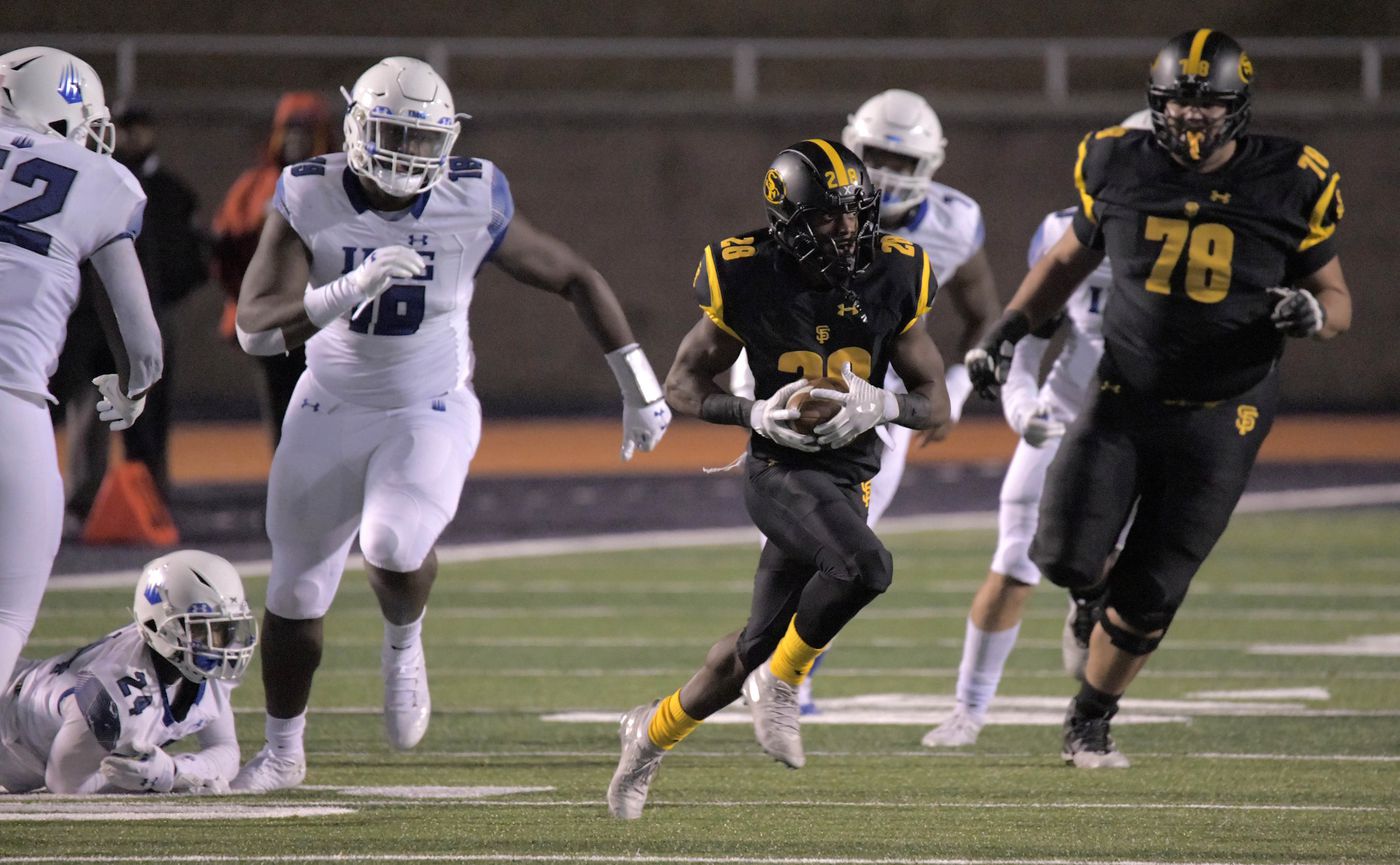 Coach Mason and staff land yet another 2021 recruit to beef up the Offensive line in the trenches! Moments ago, 3-Star OG Xavier “Delfin” Castillo announced he is committing to Vanderbilt and will be wearing the black and gold! This is a big get for Offensive Line coach Peter Rossomando and will serve many needs for the Commodore offensive front.

Castillo attends St. Frances Academy and is a native of Baltimore, MD. At 6’5 325 lbs, Castillo already has a very impressive build and still has another season at the High School level. He held offers from Alabama, Tennessee, Michigan State, Virginia Tech, Maryland, Pittsburgh, and Liberty, and Buffalo.  Castillo is a very impressive prospect who ranks 743th Nationally, 39th by Position (OG), and 20th in-State (MD) and also has a 0.8600 Star rating.

Coach Mason has done a great job adding depth on the O-Line in the 2021 recruiting class as Xavier “Delfin” Castillo is now the 3rd offensive linemen to commit to the Commodores so far. More impressively, Castillo is the 2nd highest rated recruit as now in the entire 2021 class. Delfin Castillo may not be the only recruit heading to West End today as highly talented 3-Star QB Jaylen Henderson is expected to chose between the Commodores and Fresno State this afternoon at 4:13 CT via his Twitter. Meanwhile, Vanderbilt fans let’s welcome Xavier “Delfin” Castillo to West End!