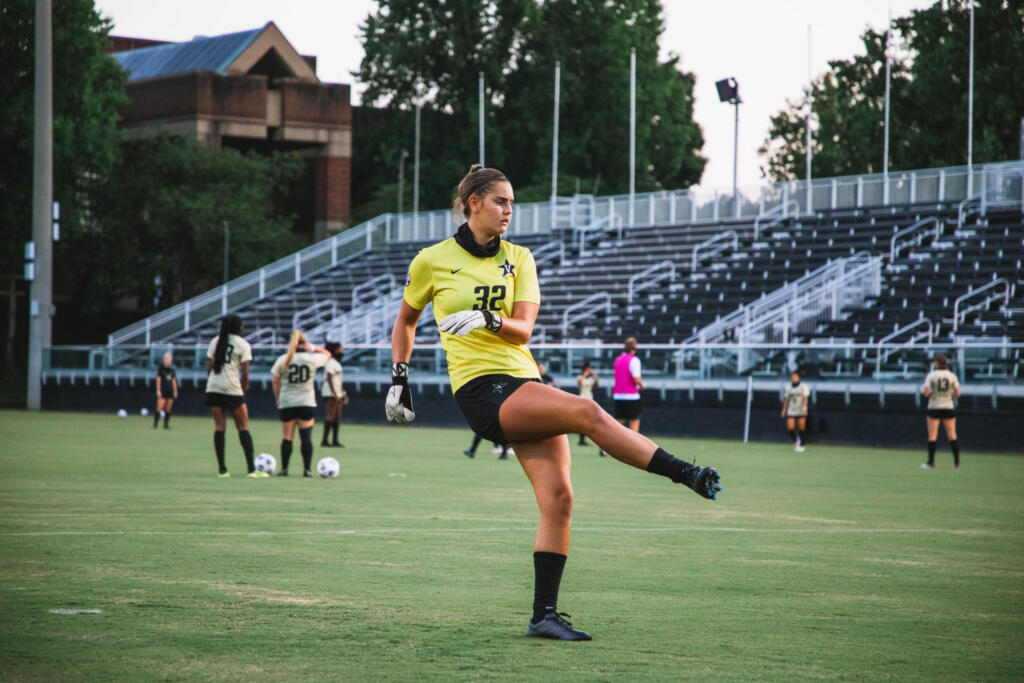 Vanderbilt football could make history this weekend.  Simon Gibbs of the Vanderbilt Hustler first reported Sarah Fuller, the senior starting goalkeeper for the soccer team, has been practicing with the football team this week as a kicker.  If Fuller plays against Missouri, it is believed she would be the first female to take a snap in a Power 5 football game.

This option is being considered due to multiple specialists in COVID-19 quarantine, leaving special teams potentially short-handed this weekend.  Place-kicking has been a struggle for the Commodores this season.  Javon Rice and Columbia transfer Oren Milstein were the favorites to win the job coming into the season, but Milstein opted out due to COVID-19 concerns and Rice has not played for unspecified reasons.  Walk-on Pierson Cooke, who has attempted every field goal, is just 3-7 including misses from 22 and 29 yards.  Wes Farley is a former soccer player with no football experience prior to walking on at Vandy.  He temporarily took over extra points, going a perfect 6-6.

“Any week in college football, you are sort of subject to testing. And then based on testing, you’ve got to figure out options where you go,” Mason said. “For us, talking to Sarah, she’s a champ, and no pun intended.  Just coming off an SEC championship in soccer.  “(Fuller is) coming out and just looking at what we do and how we do it (at practice). She’s a complete competitor. She’s an option for us.  Right now, that’s where we sit.”

“She’s got a strong leg. We’ll see what that yields,” Mason said. “… She seems to be a pretty good option, so we’ll figure out what that looks like on Saturday.”

Will history be made this weekend?  Stay tuned…