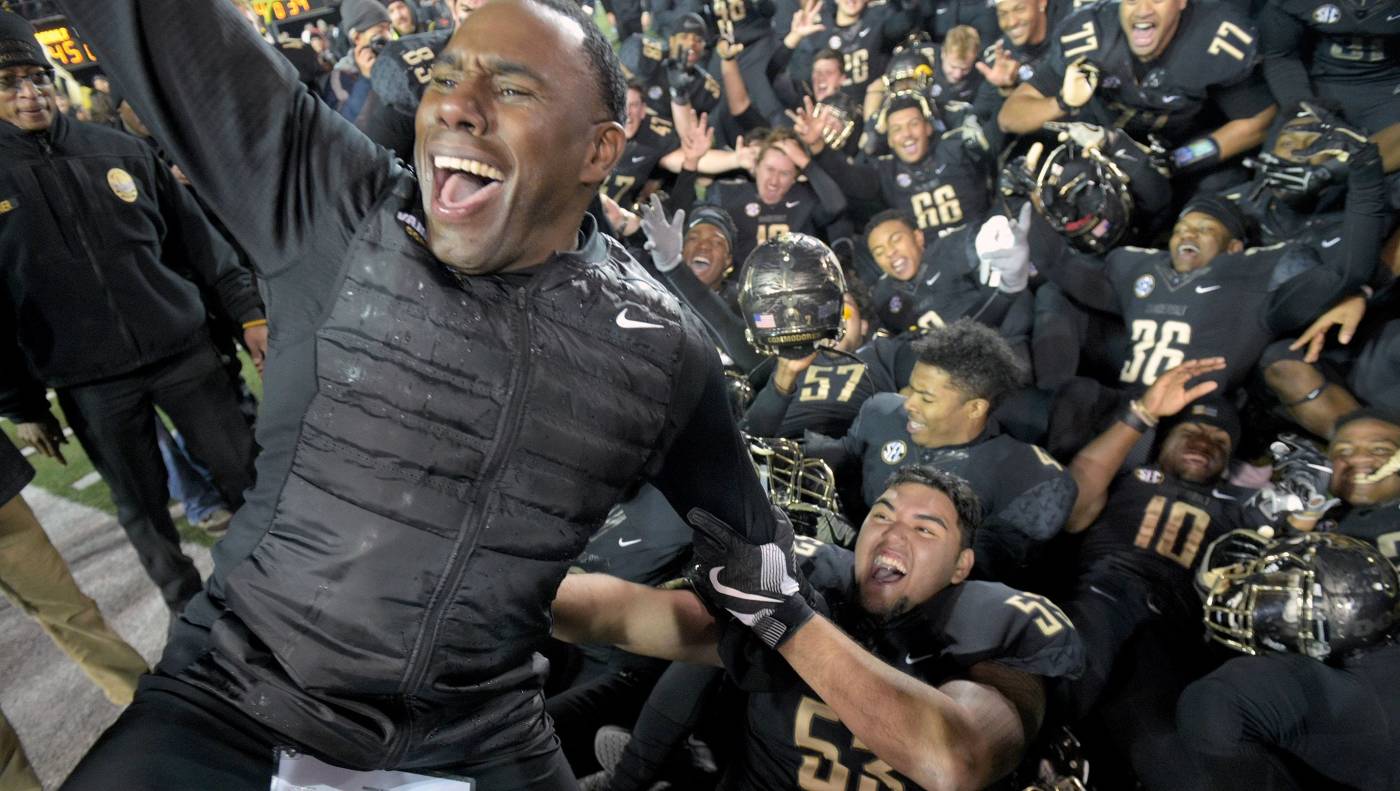 On Sunday, Nov. 29th, Candice Storey Lee and the Vanderbilt Athletics Department announced the firing of Derek Mason as head coach of the football program.

The seemingly inevitable move came after Coach Mason led the Commodores to an 0-8 record versus Southeastern Conference opponents during the 2020 season, his seventh at Vanderbilt. His overall record was 27-55 (10-46 SEC). Despite some success during his tenure, it became clear Vanderbilt would have to make a change if they wished to return to relevance.

Although there have been more lows than highs recently, The Dore Report wishes Coach Mason the best and will always be grateful for his positive accomplishments, some of which are listed below:

Although Coach Mason didn’t receive the necessary support from the University and administration to succeed while at Vanderbilt, Commodore Nation has hope that new leadership from Chancellor Daniel Deirmeier will allow for positive changes within the athletic department, facilitating tangible commitment for much-needed facility upgrades. This commitment will be instrumental for the future success of Commodore football, no matter who leads the program.

Stay tuned to The Dore Report for updates on the coaching search.