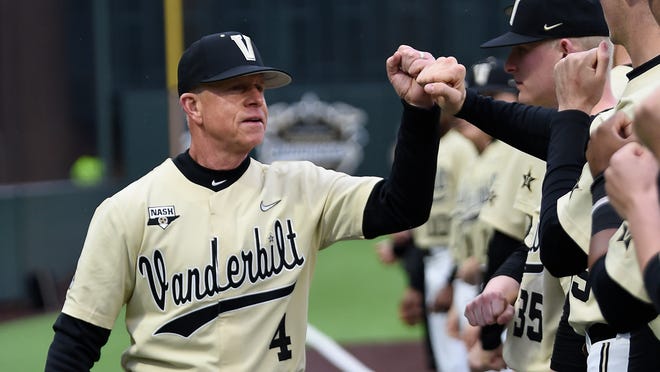 For Tim Corbin and the rest of the Vanderbilt baseball program, it’s been a very long and dramatic offseason for obvious reasons. From having the college baseball season suspended in early March to experiencing the SEC tournament in Hoover and CWS in Omaha being canceled, it’s been an unfortunate series of events the last several months for Commodore baseball fans.

Now looking ahead to the 2021 campaign, the Vandyboys look to be led by the dynamic pair of starting pitchers in Junior Kumar Rocker and Sophomore Jack Leiter. As both are projected inside of the top 10 in the upcoming 2021 MLB Draft, these two will look to carry the load for the starting pitching staff throughout the SEC gauntlet.

Not to mention, the lineup looks loaded as well. Junior outfielder Isaiah Thomas looks to have a breakout season in the middle of Corbin’s everyday lineup. Even deeper, look for guys like Cooper Davis, CJ Rodriguez, Dominic Keegan, Jayson Gonzalez, Carter Young, Parker Noland, Tate Kolwyck, etc to find themselves in the starting lineup pretty consistently.

The roster situation will be a unique story, worthy enough of keeping up with as the non-conference slate begins in mid-to-late February. Unlimited scholarships will be rewarded as a result of the 2020 College baseball season being ultimately canceled. A shortened 2020 MLB Draft resulted in tons of student-athletes returning to their college programs rather than going pro. These factors will mean most program around the College baseball world, including Vanderbilt, will have jam packed rosters during the 2021 campaign.

Now looking at the upcoming 2021 schedule for Coach Corbin and the rest of his staff. The SEC officially announced its league schedule earlier today. The Vandyboys will open up the conference slate hosting the gamecocks of South Carolina on 3/19-21. Followed up by road trips to Columbia to take on Missouri and down to Baton Rouge to battle LSU. The Vandyboys will then return to the Hawk to face Georgia followed by a trip out East to take on in-state rival Tennessee. The rest of the SEC slate contains Mississippi State, Alabama, Kentucky at the Hawk also other road trips include Florida and Ole Miss.

Look for the non-conference schedule to be released by the end of the month as Corbs tries to navigate through a chaotic scheduling process this year.  It is rumored the Commodores will open up the season at the Hawk on February 19th for a weekend series with an undetermined opponent. The Dore Report will keep you updated about the upcoming 2021 Vanderbilt baseball schedule.