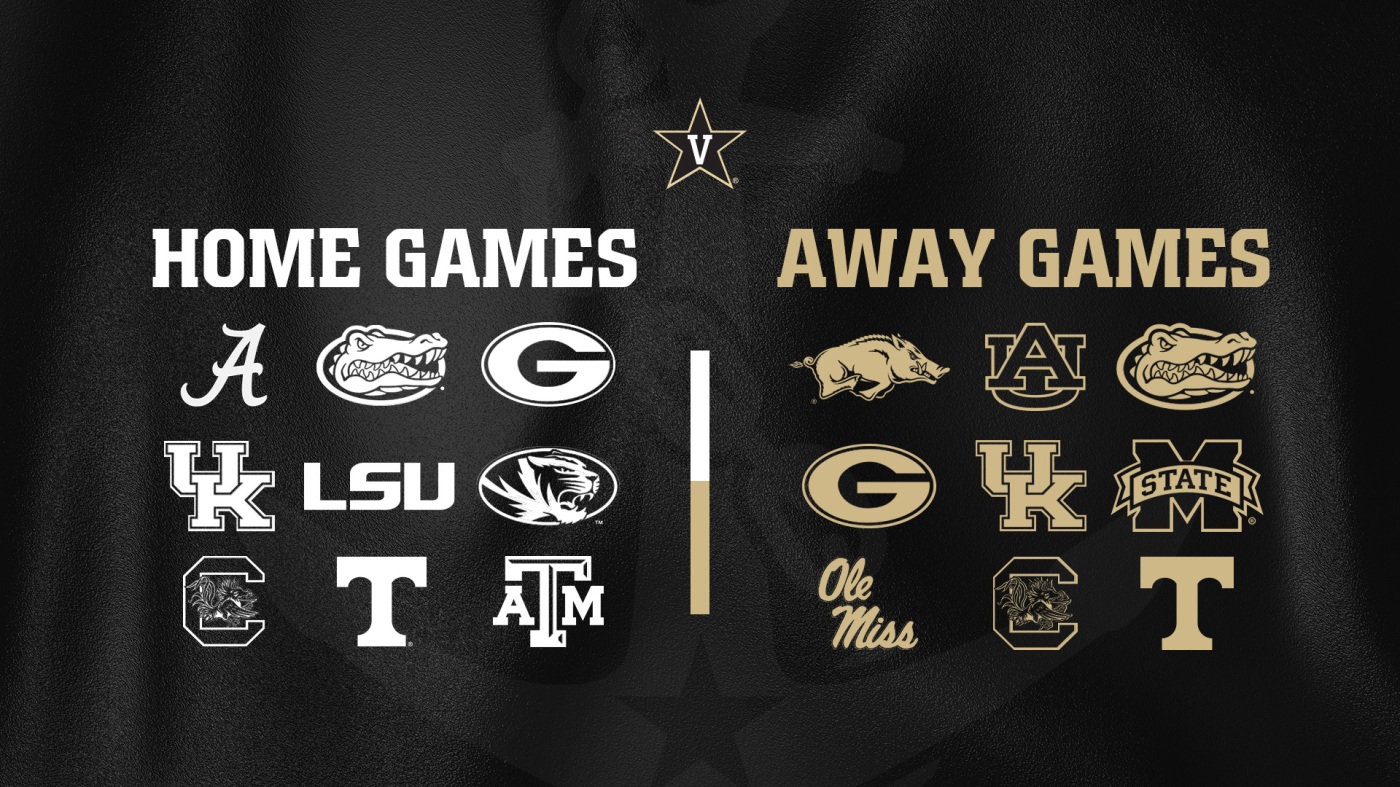 While basketball schedules are still being finalized, we now know what Vanderbilt’s SEC home/away lineup will look like this upcoming season.  The Commodores have a permanent two-game rivalry with Tennessee, Kentucky, and Florida.  This season they will be joined by Georgia and South Carolina in playing Vandy twice.

While dates have not yet been released, the conference schedule will look like this:

As far as nonconference opponents, so far the only scheduled games are November 24 at Pittsburgh, and the Hawaiian Airlines Diamond Head Classic on December 23-25.  The Commodores will open the tournament against host Hawaii.  The field also includes BYU, Liberty, Northern Iowa, South Florida, Stanford, and Wyoming.