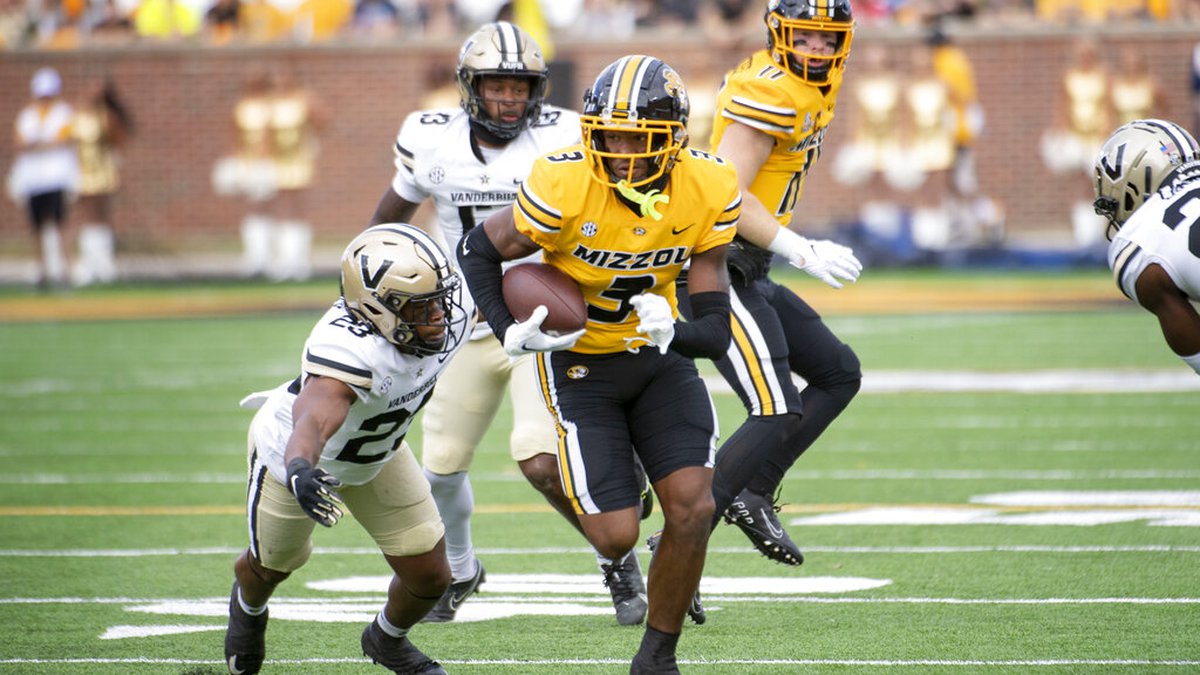 After a murders row of opponents, Vanderbilt had a real chance to get their first SEC win since 2019 when they traveled to Missouri to take on the Mizzou Tigers. Going into the matchup, there was loads of optimism amongst the fanbase. Could this be the weekend that Vanderbilt’s football nightmare comes to an end? Turns out, it was not. Vanderbilt came out and was dominated in the trenches on the offensive side of the ball and freshman AJ Swann finally had a game where he looked like, well, a freshman. These two combined and Vanderbilt could get no momentum going against the Tigers Saturday, and the streak continues.

Freshman QB AJ Swann had his first game where he looked like a freshman. You had to know that it was coming sooner or later. Swann struggled Saturday as he went 13/30 with 115 yards passing. Swann also registered his first interception of the season. The offensive line struggled against the Mizzou front and Swann was often under pressure immediately, which exacerbated his poor decision on the afternoon. Swann tried his best to force-feed WR Will Sheppard, but Mizzou did a good job blanketing Sheppard all afternoon.

It went from bad, to worse for Swann in the third quarter. On a 3rd downplay, Swann was sacked, and got up and went to the sideline as Vanderbilt brought out the punt team. The next drive, Mike Wright took over and Swann was nowhere to be seen. Unfortunately for the freshman, reports indicate that Swann suffered a concussion on that play and would not be able to return for the rest of the game. Luckily for the ‘Dores, it seems as though Swann will be good to go against South Carolina.

Swann and the Vanderbilt offense were not given any sort of help with the play-calling from offensive coordinator Joey Lynch. The Vanderbilt offense looked like something out of the 90s with continually calling runs up the middle into the teeth of the Mizzou front, who had been dominating in the run game all day long. Then, of course, gaining no yards and often losing yards on 1st down put Vanderbilt behind the sticks and they could not get any momentum going.

Vanderbilt ran the ball on 1st down ten times during the game for an average of 3 yards. There were two runs of ten-plus yards: one by Ray Davis for a gain of 13 yards and another by Patrick Smith for a gain of 12 yards. Take out those two runs and Vanderbilt was averaging .75 yards per 1st down run.

Despite how bad Vanderbilt was on offense, the defense kept them in the game and they found themselves still in it. With 1:18 left, it was 4th and 1 on the Mizzou 44. Traditional football knowledge would have called for Mike Wright to line up under center and sneak it or hand it off to Ray Davis for the short gain. Modern-day analytics would say that it would be best to line up in shotgun so that the quarterback can survey the defense more and opt-in to go under center if they see fit. In a do-or-die 4th and 1, Lynch opted for the analytic approach and lined up shotgun. The play was a handoff to Ray Davis where he was stuffed for no gain. Vanderbilt ruined the ball over on downs and Mizzou was able to get out with the win.

It was a shaky first half for the Vanderbilt defense. The defense allowed 17 points in the first half and kept allowing big plays through the air. Going into halftime the defense had to make some adjustments and they did. The Vandy defense pitched a shutout in the second half of the game and gave the ‘Dores a fighting chance to win.

Anfernee Orji continued to show that he will go down as an all-time Vanderbilt legend with another amazing performance on Saturday. Orji recorded an interception, 4 tackles for loss or no gain, 1 forced fumble, and a PFF Grade of 95.8 in the run defense. Orji was also included in PFF’s Defensive Team of the Week.