The Vanderbilt Commodores (9-9, 2-3) travel to Athens, Georgia to take on the Georgia Bulldogs (13-5, 3-2) on Saturday at 12pm CT. Vanderbilt, coming off its 3rd SEC loss at the hands of #4 Alabama, looks to rebound against a Georgia team that is unbeaten on their home court. This is a Georgia team that has had a turnaround from the season before under coach Mike White’s first year leading the Bulldogs program. Georgia finished 6-26 in the 2021-2022 season and just 1-17 in conference play. This year has been a much different story, they have started off 13-5 on the year with a 3-2 conference record. They are 10-0 at home on the season led by their leading scorer Terry Roberts (a Senior transfer from Bradley). Here are the 3 keys to hone in on for Vanderbilt to come away with a victory on Saturday: 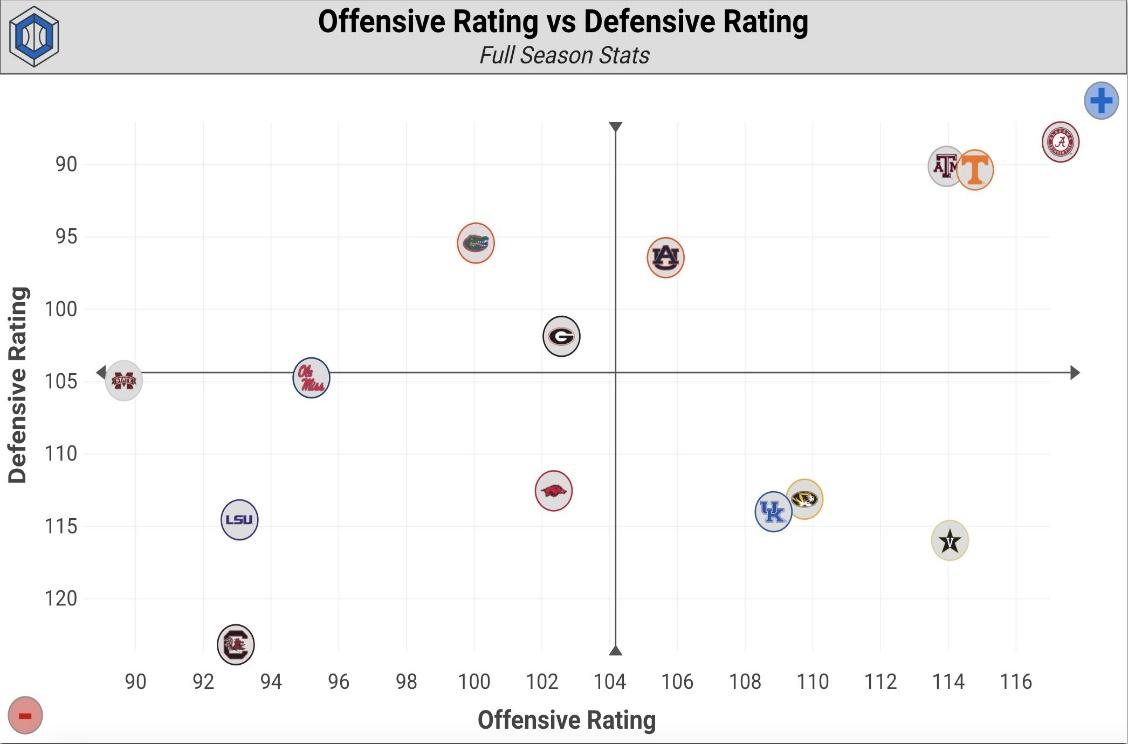 (The graphic referenced above courtesy of @CBBAnalytics)