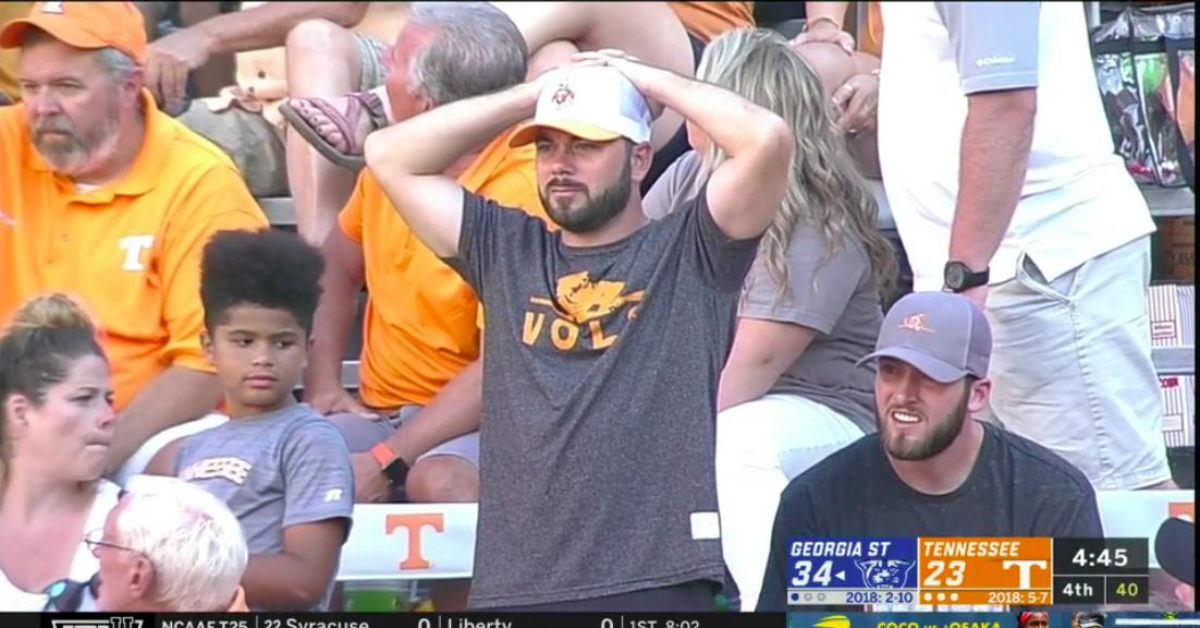 Tennessee fans over-hyping their recruiting class is a tradition unlike any other. It’s that time a year Vanderbilt fans, let the Vol hype begin.

Jeremy Pruitt and his Volunteers have been on a heavy recruiting surge as of late in the 2021 class which currently ranks 1st in the SEC and 2nd in the country. Congrats, Vols. This class is headlined by 5-Stars Terrence Lewis and Dylan Brooks.

The Vols might have the 2nd best recruiting class as of now, but this class isn’t even in the top 15 with an 89.73 average star rating. The Tennessee recruiting hype has come WAY too early as it’s miserably too early to count on these athletes sticking with this irrelevant program.

SEC Network analyst Peter Burns tweeted, “The SEC was already the most dominant conference in football, the last thing the rest of CFB needed was Vol Football becoming a powerhouse again.”

Are you kidding me Peter?!

If you think Tennessee is anywhere close to becoming a powerhouse again you’ve lost your mind. Tennessee has shown year in and year out they can recruit top 15 classes but, simply can’t get the results on the field.

We’ve seen it the past decade and it’s been hilarious to watch. As Vandy fans know, the Vols have lost to the state champs 5 of the last 8 years with much more talented and higher rated players. This just shows that hard work beats talent on any given day. It’s shown desperately as Tennessee has had one of their worst decades ever playing football. Going 5-5 against their instate Rivals and not recording a 10-win season.

The Vols haven’t been relevant in over 20 years since winning the championship in 1998 and will continue to be irrelevant. We hear the hype literally every year.

Literally every single year. The most absurd and annoying fan base spitting lies out of their mouth every year. Vol fans should be worrying about beating Vanderbilt before even thinking about competing with the big boys in the SEC and trying to get to Atlanta.

So Vols and everyone else freaking out about the 2021 class, I ask you to relax. Thank you.

With that being said, it’s been a crazy off-season so far and this will continue at Neyland Stadium opening weekend as Charlotte will come into Knoxville and push the Vols. You heard it first here at The Dore Report. Let the raging begin…